- July 31, 2013
Last month, I attended the Technology Entertainment and Design Global Conference (TED) in Edinburgh, Scotland. This internationally attended conference brings together leaders, experts and innovators from diverse disciplines to share new ideas making it exceptionally unique and difficult to attend. Participants must complete a long application which is reviewed by a committee and that is how you are invited to attend. It is somewhat like applying for college.

For nearly 15 years I have been attending conferences all over the world that have focused on technologies and business. Topics usually discussed include how to bring these two together to increase a company's bottom line, how to capture dedicated customers and move towards a global market place, what the major industry trends are and how they may change the business. TED is truly about new ideas worth spreading that make the world a better place.

What I experienced in Scotland was a conference that genuinely created an environment that encouraged collaboration and engagement among its  800+ global participants.  This year’s conference focused on Think Again. The world is connected, the disciplines are merging and cross-pollinating, and technology is intruding biology and society. The theme was to pause and rethink about identity, society, business, and nature.  I found the sharing of ideas was vigorous and enthusiastic,  regardless of one’s culture, professional status, industry expertise or familiarity with specific topics; which ranged from understanding beauty to challenging democracy as the accepted system of governance.

A day at TED includes listening to a diverse set of talks; having lunch with the speakers; conversations about the talks during breaks; dinner at a unique and cool place, and then drinks and conversations that go into the wee hours of the morning. If you are a first time TED attendee then someone like Juan Enriquez, who has given the most TED talks,  will introduce you to new people. By the way, he was one of the most interesting people I met at TED. The diversity of talks and participants combined with culture of open discussions is a creative conference format that TED has mastered.

You do learn new things at TED. For example, I had no idea that the decline in the population of bees is affecting the food chain or about the amount of energy the brain consumes everyday.  Furthermore, most speakers stay for the entire conference and you have a chance to meet them and have real conversations. Didier Sornette who gave a talk on predicting financial crises met me for lunch during his visit to Stanford last week. Raffaello D'Andrea, who talked about quadcopters, was one of my favorite speakers and was a pleasure to spend time with.

Following are my random and brief notes from the conference and selected talks:

2. By 2020, IKEA will be energy positive i.e. it will output more energy than it consumes.

4. Drones can be used for the good of mankind. MAJA drones are being used for forest/wildlife conversation in Indonesia. To see how drones are used around the world for conservation, see http://conservationdrones.org/.

5. Sentry guns are currently deployed by South Koreans at the North/South Korean border.

7. There are 20k species of bees. Honeybees are the most populous among the bees. Beehives act as super-organisms. In 1945 there were 4.5M managed beehives in the US and in 2007, there were only 2M. The declining bee population will have disastrous consequences on our food supply.

8. A chimp and a cow have the same sized brains. The human brain is three times bigger than a gorilla's brain. The cerebral cortex is more important than brain size in making an animal smart.

10. Eric Li argues that democracy may not be the best model of governance (the most controversial talk at TED Global 2013):

11. The sexual organs in animals are only 500M years old and they came about so that DNA can be transferred more easily.

12. Penile diversity in the animal kingdom is quite diverse. The paper nautilus has a detachable flying penis. For more sex, see the summary of Carol Bonder's talk.

13. We are all taught to visualize data and information to communicate it more effectively. Bernie Krause argues that the natural world says more with sound than with visuals:

All TED Global 2013 public talks can be found here.

TED organizes two conferences every year TED and TED Global. TEDx conferences you may have attended in your community are licensees of TED and are organized by local organizations or individuals. TEDx's are usually a day long and TED and TED Global are a week long. However, the format is the same i.e. all talks are 12-18 minutes long and usually focus on one idea. TEDGlobal 2013 had 70+ talks over the course of a week.

Next year TED will be celebrating its 30th Anniversary. I hope to see you at a TED conference in the near future.

Popular posts from this blog

My Errors In Investing 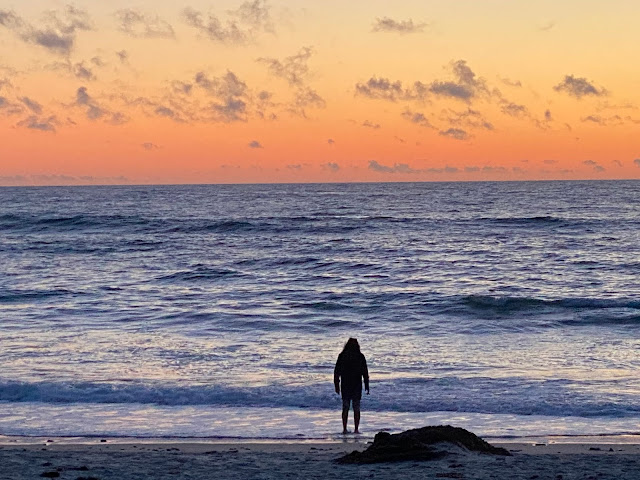 I am writing this post to internalize the lessons learned from my investing (in public companies) mistakes over twenty years.   Chapter 1 (2000 - 2003) My journey of investing in public companies began around year 2000, at the peak of the  dotcom bubble . At the time, all I remembered about investing from my recent MBA was that companies trading over a  P/E  (Price Earnings Ratio i.e. price of the stock divided by earnings per share) of 15 were overpriced. People were very excited about investing at the time, stocks were what everyone talked about in social gatherings. I worked with people I liked and respected. They were making money every day in the market and how much money everyone was making was the lunch topic every day. I brought up P/E ratios in the conversations and they all laughed and said it was a new economy, old rules didn't apply. I thought this is why people say that reality is different from school. I was applying what I learned in school and not making any money i
Read more

The Psychology of Human Misjudgment

Charlie Munger is one of my heroes. After attending the last Berkshire Hathaway shareholder meeting, I read a book on Charlie Munger- Poor Charlie's Almanack . It is a fantastic book. I could not put it down until I finished it. In the last chapter, Charlie summarizes 25 human psychology-based tendencies while generally useful, often mislead. In this post, I will summarize the tendencies for you to become better decision makers and to help others around you. 1. Reward and Punishment Superresponse Tendency People, in general, underestimate the power of incentives. Ben Franklin said, "If you would persuade, appeal to interest and not to reason." Also, prompt rewards work much better than delayed rewards in changing and maintaining behavior. Incentives are superpowers. One of the most important consequences of incentive superpower is " incentive-caused bias." A man has acculturated nature making him a pretty decent fellow and yet, driven both consciously
Read more

Dynamics Of The Technology Ecosystem 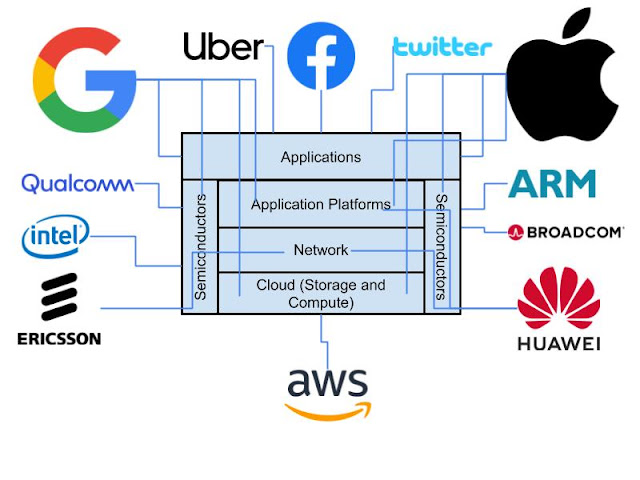 Context  The last two decades have completely changed the technology (tech) sector. Cloud computing , smartphones, apps, and high wireless data speeds are taken for granted. These developments have created a dynamic tech ecosystem.  Figure 1: Technology Ecosystem abstraction with examples in each layer  Having worked with some very smart people to develop and market new products in all parts of the tech ecosystem - Networks and mobile phones ( SIEMENS ), Network Operators ( T-Mobile ), Semiconductors ( National Semiconductor ), Algorithms/Artificial Intelligence ( Audience ), Cloud-based Applications ( EVER , Moki ), Blockchain and Consumer Hardware ( Open Garden ) - gives me a unique perspective on how the technology ecosystem works and how it might evolve.  In this article, I share my view on what constitutes the technology ecosystem, what are the primary business drivers depending on a company's position in the ecosystem, and how the ecosystem might ch
Read more

Chander
The views on the blog are solely mine and not of my employer or of the organizations I belong to.